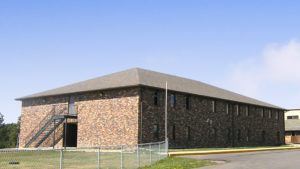 In the early 1980’s there was a pressing need for Christian education in Rapid City. God called Calvary Baptist Church to fill this need and Calvary Christian School was established in 1983. By His believers following after Him, the school has now grown to 217 students. The school has outgrown its current classrooms and is using many rooms within Calvary Baptist Church. Each passing year the challenge of finding adequate space and maintaining small class sizes increases. To address these needs, we have begun the process of adding square footage to our school.

This work involves two teams: the Building and Capital Campaign teams which were formed in late 2015. The Building team is working with an architecture firm to develop several draft plans of a school addition. Once the plan is finalized and approved by the church, we will move forward hiring contractors and begin the building phase. The Capital Campaign team has been tasked with raising awareness and funds for this exciting project. We will be raising a minimum of $1,900,000, but we need your help.

How can you get involved?

Calvary Baptist Church and Calvary Christian School are looking forward to this much needed expansion, the blessings that it will bring to all involved and most important honoring Him. Please join us!